At present, KOVOVÝROBA ČEKAL s.r.o. has qualified staff, modern technologies, and can fulfill almost all steel orders with delivery in any surface treatment, including a suggestion of our own design solution. We focus mainly on the production of parts for agricultural, construction, forestry, and municipal machinery.

We have managed to expand our trade abroad and currently, we cooperate with companies in Germany and Denmark.

We aim to continue moving towards more advanced, efficient, and environmentally friendly technologies, expanding production and, of course, looking for new innovative technological solutions. But the growth of the company will never mean a compromise in quality. On the contrary, our production is being modernized and automated, which means the purchase of new machines that meet strict criteria for safety, accuracy, and quality in the manufacturing of products and at the same time are more ecological.

Furthermore, it is important for us to provide a pleasant working environment for our employees and to maintain contentment and trust between staff and company management, because in our opinion, it is one of the pillars of prosperous companies. These values are as essential to us as the satisfaction of our customers and business partners, whose needs, requirements, and expectations we always try to meet.

Entrepreneurship is not just a one-time business, but it is about building partnerships with customers and suppliers. We would like to be your true, reliable partner! 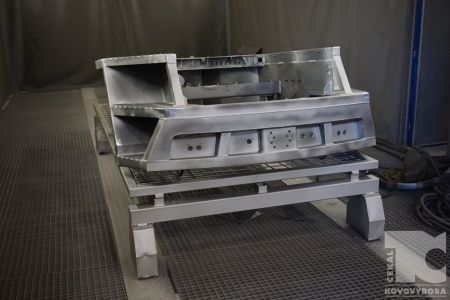 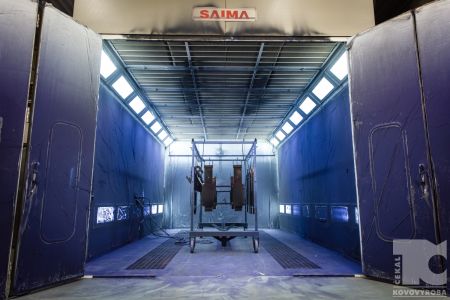 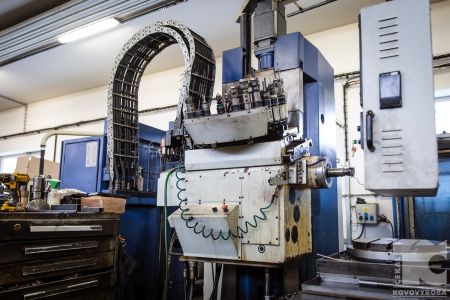 The company was founded by Tomáš Čekal in 1998. Initially, the production took place on his own premises in a village called Kojčice near Pelhřimov, and was focused mainly on the custom production of fence modules, stairs, smaller sliding gates, and other minor locksmith work. As the number of customers increased, so did production, and in 2001 the first staff was hired. Over time, the volume of production rose, orders increased, and therefore the demands on the number of employees and requirements on production facilities also grew.

In 2010, the construction of a new hall in Pelhřimov in the industrial zone began, into which the whole company was moved in 2012. With the move to new, larger premises, other possibilities and orders arose. The production expanded to include the manufacturing of shovels for bulk or solid material, machines for soil cultivation, and steel structures. Then, in 2013, the company changed its form of business from a natural person to a legal entity, and a new name, KOVOVÝROBA ČEKAL s.r.o., was created.

Between October 2016 and September 2017, a second hall was built, due to the dynamic growth of production and the increasing number of employees, which we also obtain through cooperation with the local secondary technical school. The new hall houses a blasting box, a painting box, and a welding shop with an overhead traveling crane.